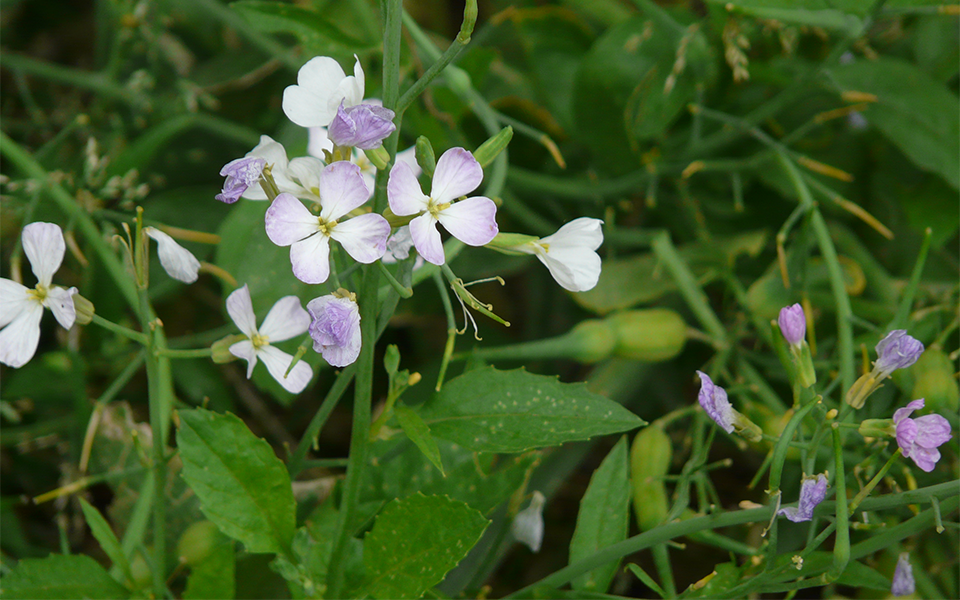 Radish is believed to be native to southern Asia. Cultivated varieties are grown around the world both as vegetables and for medicinal use. The root is unearthed in autumn.

Radish contains glucosilinates, which yield a volatile oil, raphanin, phenolic compounds, and vitamin C. Raphanin is antibiotic; the phenolic compounds are antioxidant. The leaves are a highly nutritious and underused food.

Herodotus (c. 485–c. 425 BCE) wrote that the builders of the pyramids in ancient Egypt were paid in radishes, onions, and garlic. In Egypt, the plant was used as a vegetable and a medicine. In ancient Rome, radish oil was applied to treat skin diseases. In China, radish was listed in the Tang Materia Medica (659 CE) as a digestive stimulant.

Radish stimulates the appetite and digestion. The common red radish is eaten as a salad vegetable and an appetizer. The juice of the black radish is drunk to counter gassy indigestion and constipation. Black radish juice has a tonic and laxative action on the intestines, and indirectly stimulates the flow of bile.

Consuming radish generally results in improved digestion, but some people are sensitive to its acridity and robust action. In China, radish is eaten to relieve abdominal distension. The root is also prepared “dry-fried” to treat chest problems.

Avoid if gallstones are present.