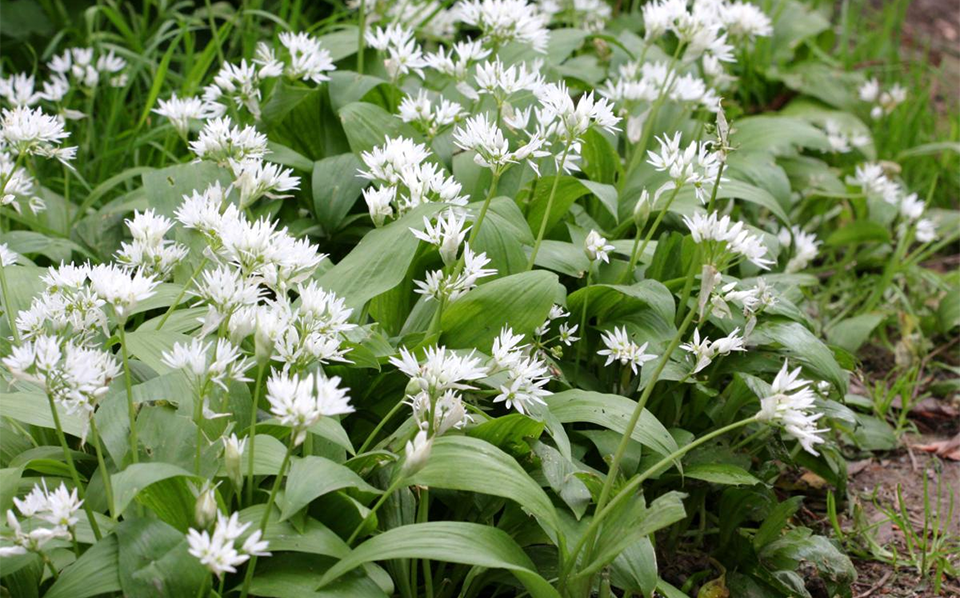 Bulbous perennial smelling strongly of garlic, growing to 11 in (28 cm). Has a triangular stem and broad elliptical leaves. Clusters of white, star-like flowers grow from a common stem.

Ramsons are native to Europe and Asia. They carpet shady sites in damp woods and by streams. The plants are gathered in early summer.

Ramsons (and many other onion-like plants) have been highly regarded as preventative medicines, as an old English rhyme attests: “Eat leeks in Lide and ramsons in May/And all the year after physicians may play!” More prosaically, Gerard (1597) wrote that the leaves “maye very well be eaten in April and Maie with butter [by those of] a strong constitution.”

Used mainly as a folk remedy and as a food, ramsons are similar to garlic (A. sativum) but weaker in action. They lower high blood pressure and help to prevent arteriosclerosis. As ramsons ease stomach pain and are tonic to the digestion, they have been used for diarrhea, colic, gas, indigestion, and loss of appetite. The whole herb is used in an infusion against threadworms, either ingested or given as an enema. Ramsons are also thought to be beneficial for asthma, bronchitis, and emphysema. The juice is used as an aid to weight loss.