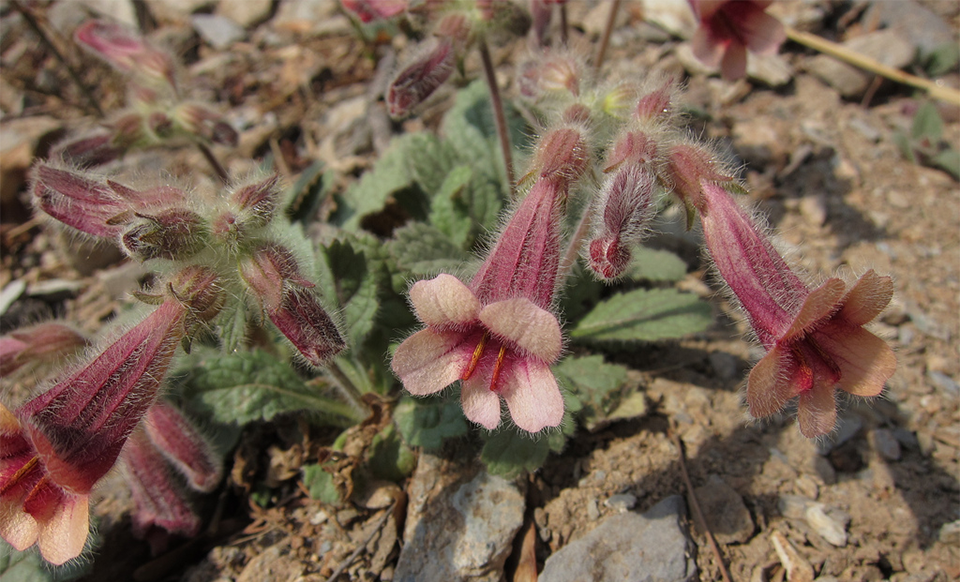 An important Chinese tonic herb, rehmannia has figured extensively in many traditional herbal formulas and has an ancient history: it was referred to by Ge Hong, the 4th-century CE Chinese physician and alchemist. Rehmannia is a “longevity” herb and has a marked tonic action on the liver and kidneys. Research has confirmed its traditional use, showing that it protects the liver and is useful for hepatitis.

Rehmannia grows wild on sunny mountain slopes in northern and northeastern parts of China, especially in Henan province. Rehmannia can be cultivated, in which case it is propagated from seed sown in autumn or spring. The root is harvested in autumn, after the plant has flowered.

R. lutea is used in Chinese herbal medicine as a diuretic.

Liver remedy: Chinese research has shown rehmannia to be a very important liver-protective herb, preventing poisoning and liver damage. Clinical trials in China have demonstrated that it can be effective in treating hepatitis.

Other research: Chinese research over the last 10 years indicates that rehmannia has a positive stabilizing effect on bloodsugar regulation, and aids liver and pancreatic function. Ongoing preclinical research in China is examining the herb’s usefulness in preventing osteoporosis.

Raw & prepared root: In Chinese herbal medicine, the root (di huang) is known as sheng di huang when it is eaten raw and shu di huang when it has been cooked in wine. The former is the most commonly taken remedy. Both are yin tonics, but have different therapeutic indications.

Sheng di huang: The raw root “cools the blood,” and is given to help lower fever in acute and chronic illnesses. Its cooling nature is reflected in its use for problems such as thirst and a red tongue that arise from “heat patterns.” Sheng di huang is useful for treating people with impaired liver function and is used specifically to treat hepatitis and other liver conditions.

Shu di huang: This preparation is used specifically for blood loss and “blood deficiency” states such as irregular and heavy menstrual bleeding. It is warming rather than cooling, and is considered to be a prime kidney tonic.

Longevity: Rehmannia is a traditional and valuable tonic for old age. It is considered to help prevent senility.

Chinese formulas: The herb is an ingredient of many famous herbal formulas, most notably “the pill of eight ingredients,” which contemporary Chinese herbalists consider to “warm and invigorate the yang of the loins.”