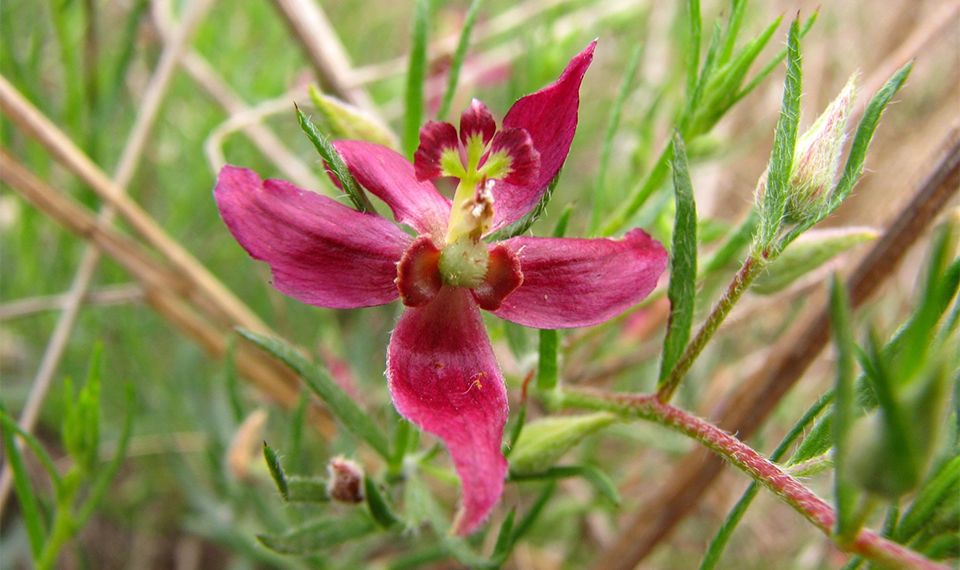 A traditional South American remedy, rhatany was used by indigenous peoples as an astringent and a tooth preservative. Its Spanish name, raiz para los dientes (root for the teeth), points to this traditional usage.

Rhatany is astringent and antimicrobial. It is a useful remedy taken principally for problems affecting the gastrointestinal tract. It is most commonly used for diarrhea and dysentery. In addition, rhatany makes a good mouthwash and gargle for bleeding and infected gums, mouth ulcers, and sore throats.

The plant’s astringency makes it useful in the form of an ointment, suppository, or wash for treating hemorrhoids. Rhatany may also be applied to wounds to help staunch blood flow, to varicose veins, and over areas of capillary fragility that may be prone to easy bruising.

The Mexican K. cystisoides is an astringent remedy used in much the same way as rhatany. Another species native to North and Central America, K. parvifolia, was used by the Papago as an eyewash.