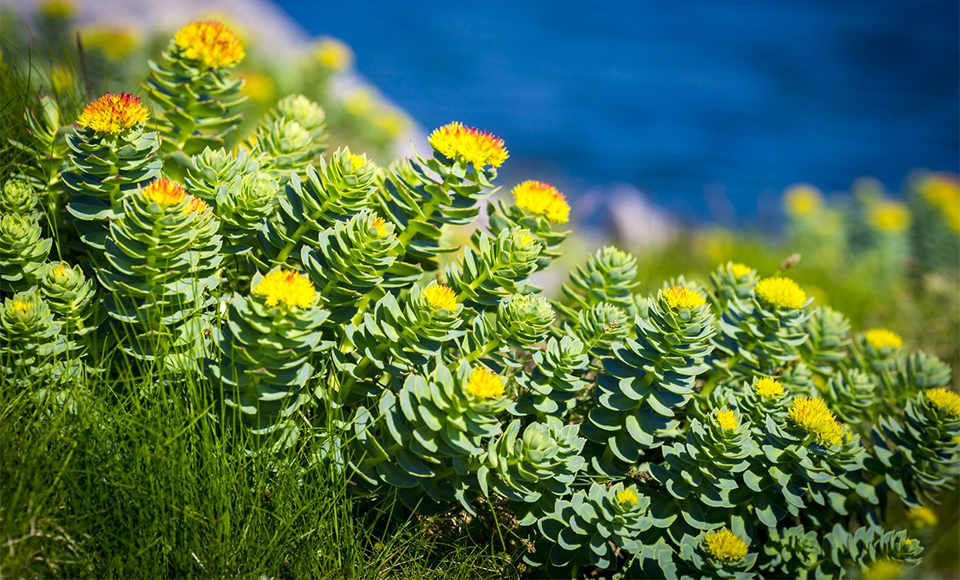 An Arctic plant that thrives in extreme environments, rhodiola’s rose-colored roots have pronounced medicinal activity, enhancing the ability of the body to deal with stresses of all kinds. An adaptogen, similar to ginseng (Panax ginseng), rhodiola also acts on the central nervous system, supporting memory and concentration under conditions of stress, and helping to relieve nervous exhaustion and mild to moderate depression.

Rhodiola is indigenous to mountainous and Arctic regions of the northern hemisphere, including Canada, Scotland, Scandinavia, Russia, and Alaska. Rhodiola is still mostly collected from the wild, threatening its long-term survival in some regions, though it is now cultivated in Canada, Norway, and Finland.

The central Asian R. quadrifida is used in Mongolia to enhance strength and vigor. R. crenulata and R. rosea are used in Chinese medicine, though across China many different species of Rhodiola are used to alleviate fatigue and protect against the cold. Chinese research into R. crenulata indicates that this species aids endurance and has a protective activity against radiation.

Adaptogen: Rhodiola is an unusual medicine—an adaptogen that combines the ability to promote physical and mental endurance with antidepressant and anti-inflammatory activity. Though large-scale clinical trials are lacking, research shows that rhodiola root increases the capacity to resist physical and mental fatigue.

Clinical trials: In a 2000 Armenian clinical trial, young healthy hospital doctors working night shifts were given a rhodiola extract. After 2 weeks, those taking the extract showed significantly fewer signs of mental fatigue, including better levels of concentration and short-term memory, than those taking a placebo.

In a 2015 U.S. clinical trial, 57 adults with moderate depression were given rhodiola or sertraline, a conventional antidepressant. Both medicines proved effective, but those taking rhodiola reported fewer side effects.

Key traditional uses: In Europe and Asia, the central core of rhodiola’s use in traditional medicine has always been its power to increase endurance and work rate, and the capacity to cope with high altitude and winter cold. The roots have also been taken to promote longevity, ease depression, and treat infection. Rhodiola is now most commonly taken to improve mental and physical performance and to protect against the harmful effects of ongoing stress.

Russian medicine: Rhodiola became an official medicine in Russia in 1969, being recommended for a wide range of health problems, not only as an adaptogen, but for psychiatric and neurological problems, such as depression and schizophrenia.

Other uses: Rhodiola is traditionally considered to help improve fertility in both men and women. In Siberia, rhodiola roots are given to marrying couples to promote fertility and the health of their future children. In Mongolia, alongside its use as a tonic, rhodiola is given for infections such as bronchitis and pneumonia, and is also used as a mouthwash for bad breath.