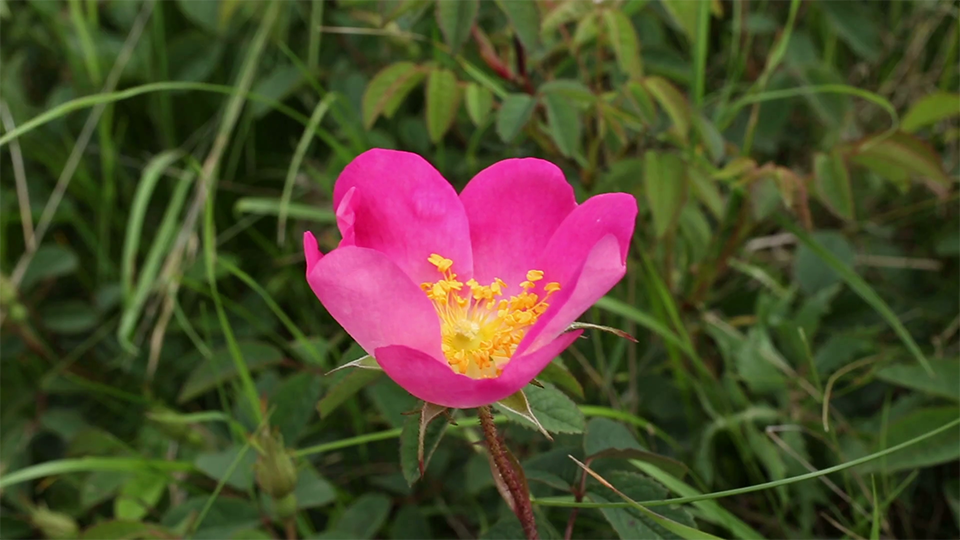 Native to the Middle East, the rose is not now found in the wild except as a garden escape. It has been cultivated for at least 3,000 years. The flowers are gathered in summer.

Rose contains a volatile oil consisting of geraniol, nerol, citronellol, geranic acid and other terpenes, and many other substances.

The rose comes originally from Iran and has been cultivated there since antiquity. Sappho, the 6th-century BCE Greek poet, described the red rose as the “Queen of flowers.” In Rome, it was much used in festivities and the petals were consumed as food. Rosewater was prepared by the Arab physician Avicenna (980–1037 CE). During the Middle Ages and the Renaissance, the rose was esteemed as a remedy for depression.

The rose is currently little used in herbal medicine, but it is probably time for a reevaluation of its medicinal benefits. The essential oil, called “attar of rose,” is used in aromatherapy as a mildly sedative, antidepressant, and anti-inflammatory remedy. Rose petals and their preparations have a similar action. They also reduce high cholesterol levels. Rosewater is mildly astringent and makes a valuable lotion for inflamed and sore eyes.

Do not take the essential oil internally without professional supervision.