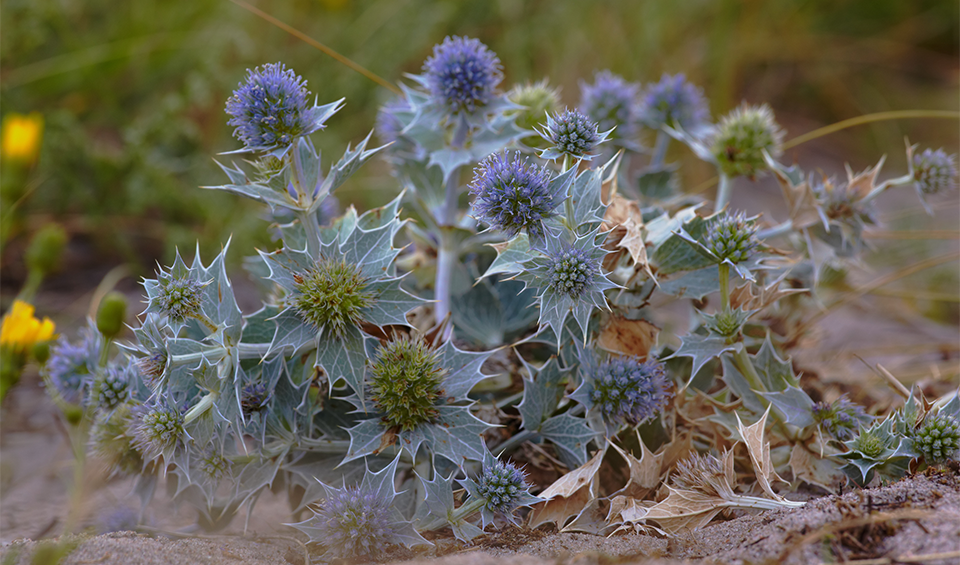 Sea holly is found in coastal areas of Europe, preferring sandy soils. The root is unearthed in autumn.

In 17th-century England, sea holly root was candied and eaten as a sweetmeat. It was also consumed as a means of preventing scurvy. In his Irish Herbal (1735), K’Eogh states that the herb “provokes urination and menstruation, encourages flatulence, and removes obstructions of the liver, kidneys, and bladder.” In K’Eogh’s time, sea holly was a popular medicinal herb, and was considered helpful in the treatment of a wide array of neurological conditions, including paralysis and convulsions.

In contemporary European herbal medicine, sea holly is used as a diuretic. It is prescribed as a treatment for cystitis and urethritis, and taken as a means to alleviate kidney stones. It is unlikely that the herb actually dissolves established stones, but it probably helps retard their formation. Sea holly is also used to treat enlargement or inflammation of the prostate gland, and may be of benefit in treating chest problems.