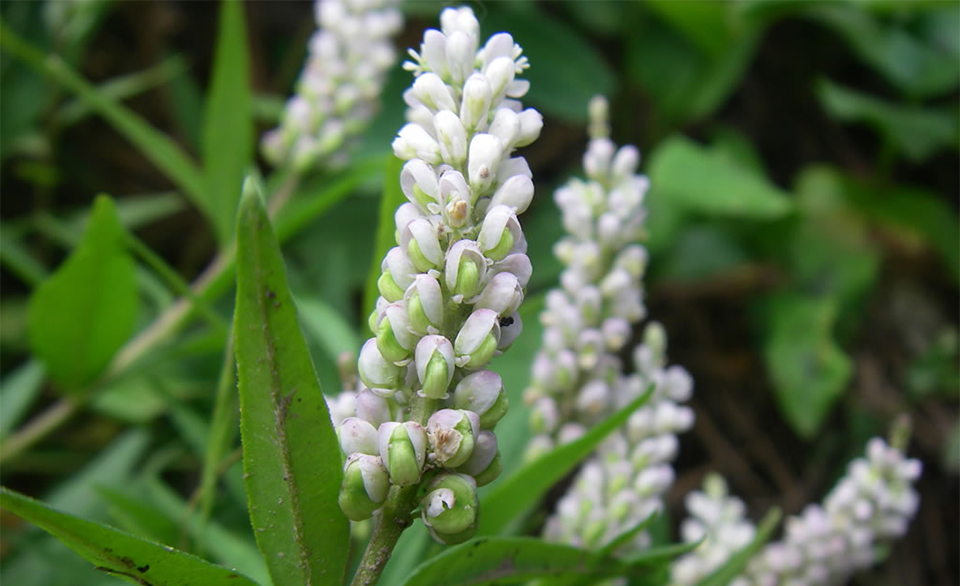 Perennial growing to about 16 in (40 cm). Has narrow lance-shaped leaves with toothed edges, and spikes of whitish-pink flowers.

Seneca snakeroot is native to North America, and found in dry stony open ground and woodland. It is cultivated in western Canada. The root is unearthed in autumn.

This plant’s name refers to the Seneca tribe of North America, who employed the root as a remedy for snake bite. Seneca snakeroot was highly valued as a medicine by both Native Americans and European settlers. In 1768, Dr. Alexander Garden of Charleston wrote that “The Seneka is the most powerful and efficacious antiphlogistic [fever- and inflammation-reducing substance] attenuant among the Galenical medicines.”

In North American and European herbal medicine, Seneca snakeroot is used as an expectorant to treat bronchial asthma, chronic bronchitis, and whooping cough. The root has a stimulant action on the bronchial mucous membranes, promoting the coughing up of phlegm from the chest. Seneca snakeroot is also thought to encourage sweating and to stimulate the secretion of saliva.

Yuan zhi (P. tenuifolia), native to China and Japan, has similar constituents. Yuan zhi is taken to treat congestion in the chest and to “calm the spirit and quieten the heart.” See also milkwort (P. vulgaris).

Do not take if pregnant. Causes diarrhea and vomiting in excessive doses.