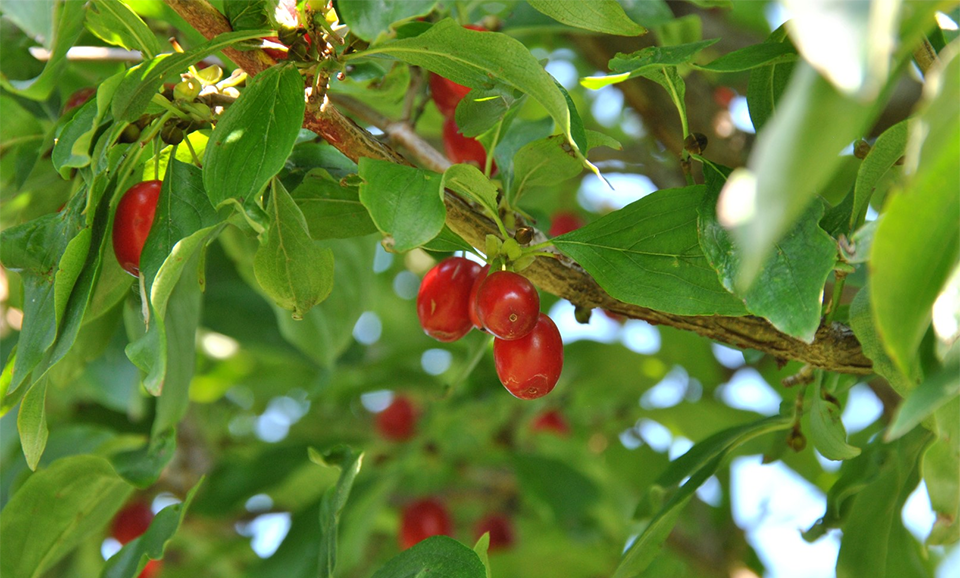 Native to China, Japan, and Korea, this tree is cultivated in central and eastern China. The fruit is harvested when ripe in autumn.

Listed in the 1st-century CE Divine Husbandman’s Classic (Shen’nong Bencaojing), shan zhu yu is one of the constituents of the “Pill of Eight Ingredients,” used to “warm up and invigorate the yang of the loins.”

Several Cornus species are used medicinally around the world. In Europe, the fruit and bark of the cornelian cherry (C. mas) and the bark of common dogwood (C. sanguinea) are used as astringents and to relieve fever. The American boxwood (C. florida) was used by Native Americans as a fever remedy.