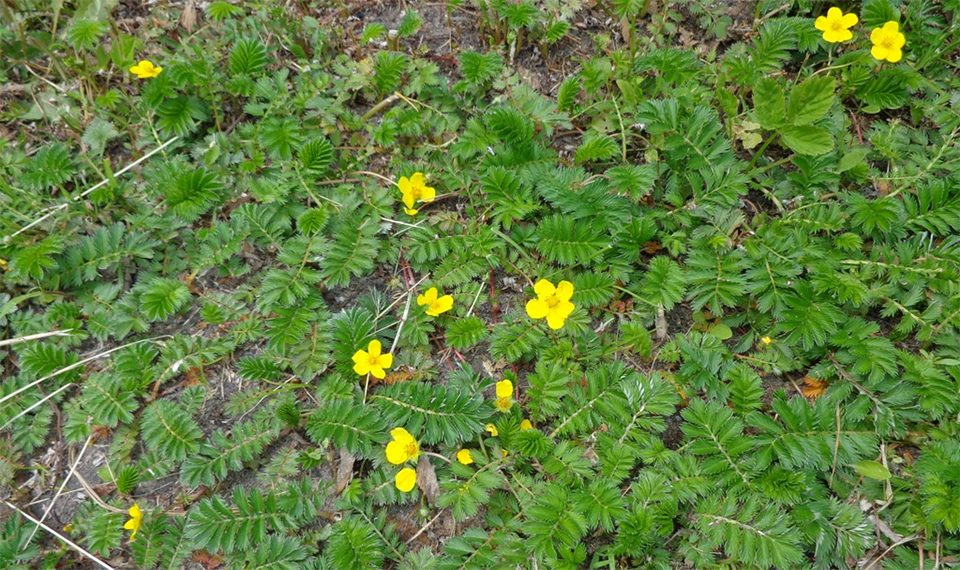 Perennial plant growing to 16 in (40 cm). Has toothed compound leaves that are silvery on the underside, and 5-petaled yellow flowers.

Silverweed is found in Europe, Asia, and North America, where it flourishes in dry grassy places. The aerial parts are collected in late summer, the root at the same time or in autumn.

William Withering, the 18th-century doctor who discovered the cardiotonic effects of foxglove (Digitalis purpurea), recommended a teaspoon of dried leaves to be taken at 3-hour intervals to assuage bouts of malarial fever.

Silverweed’s main medicinal value lies in its astringent and anti-inflammatory activity. It makes an effective gargle for sore throats, and is a helpful remedy for diarrhea. Less astringent than its close relative tormentil (P. erecta), it also has a gentler action within the gastrointestinal tract. It is used externally as a lotion or ointment for bleeding hemorrhoids.

Use internally for more no more than 3–4 weeks at a time.