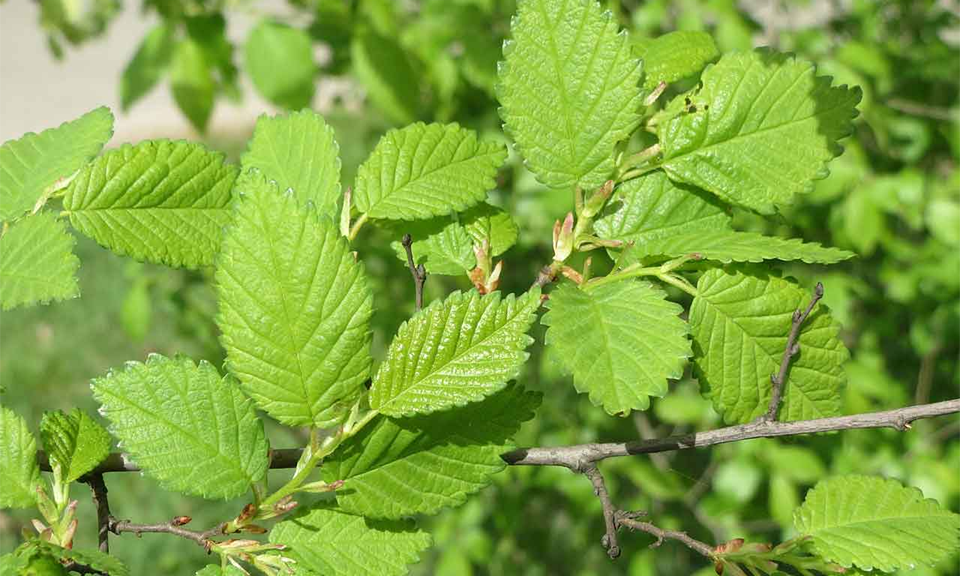 This marvelous herb is a gentle and effective remedy for irritated states of the mucous membranes of the chest, urinary tubules, stomach, and intestines. It was used in many different ways by Native Americans—as a poultice for wounds, boils, ulcers, and inflamed eyes, and internally for fevers, colds, and bowel complaints. Slippery elm has a strongly mucilaginous “slippery” taste and texture. Slippery elm is a native of the U.S. and Canada, and is most commonly found growing in the Appalachian Mountains. The tree thrives on high ground and dry soil. The inner bark of the trunk and branches is collected in spring.

White elm (U. americana) is used in a similar way to slippery elm, and was taken for coughs by the Mohicans. In Europe, the dried bark of elm (Ulmus spp.) was used as a demulcent, and was first mentioned by Dioscorides in the 1st century CE.

Mucilage: There is limited research into slippery elm, but its action as an herb with large quantities of mucilage is well understood. When the herb comes into direct contact with inflamed surfaces such as the skin or the intestinal membranes, it soothes and coats the irritated tissue, protects it from injury, and draws out toxins or irritants.

Reflex action: When slippery elm is taken internally, it is thought likely that it causes a reflex stimulation of nerve endings in the stomach and intestines that leads to secretion of mucus by the membranes of the urinary tract.

Nourishing: Taken regularly, slippery elm is a nutritious and soothing food that acts as a prebiotic, supporting beneficial bacterial growth within the gut. It is excellent as a baby food and during convalescence.

Digestive disorders: Slippery elm is a particularly soothing herb and can bring instant relief to acidity, diarrhea, and gastroenteritis. It will also help alleviate conditions such as colic, inflammation of the gut, constipation, hemorrhoids, diverticulitis, and irritable bowel syndrome.

Respiratory conditions: Slippery elm has been used to treat all manner of chest conditions and has a soothing effect on everything from coughs and bronchitis to pleurisy and tuberculosis.

External uses: Applied externally, the herb softens and protects the skin. It also works very well as a “drawing” poultice for boils and splinters.