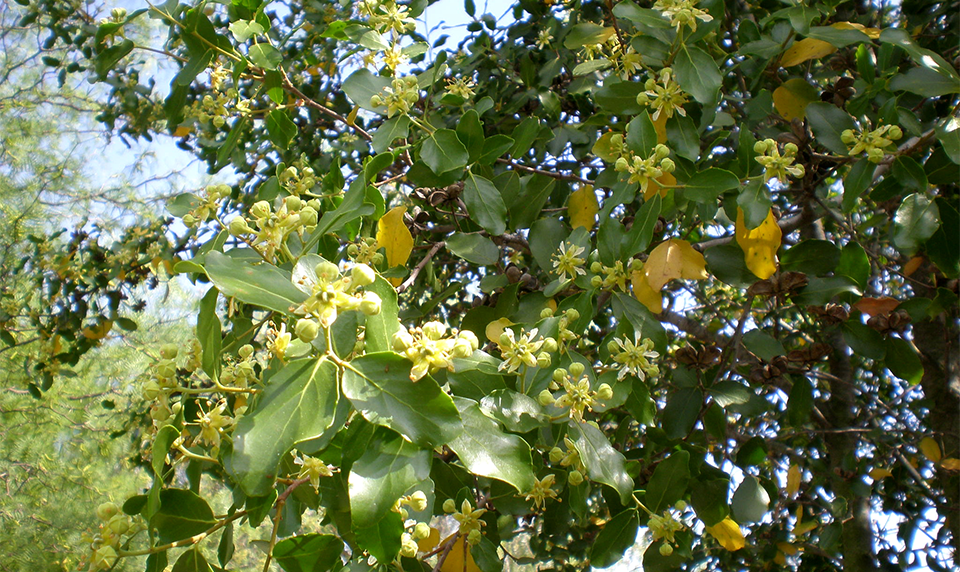 Soap bark is native to Chile and Peru, and is cultivated in California and India. The bark is gathered throughout the year.

Soap bark contains up to 10% triterpenoid saponins, calcium oxalate, and tannins. The saponins are strongly expectorant and can cause inflammation of the digestive tract.

In Peru and Chile, soap bark has traditionally been used by Andean peoples as an alternative to soap. The bark has been used medicinally as an expectorant remedy.

Soap bark has a long tradition of use as a treatment for chest problems. Its strong expectorant effect is beneficial in the treatment of bronchitis, especially in the early stages of the illness. Like other medicinal plants that contain saponins, soap bark stimulates the production of a more fluid mucus in the airways, facilitating the clearing of phlegm through coughing.

Soap bark is useful for treating any condition featuring congested mucus within the chest, but it should not be used for dry irritable coughs. Soap bark is also used externally, appearing in the formulations of dandruff shampoos.

Use only under professional supervision. As soap bark is irritant to the digestive tract, internal use must be carefully monitored.