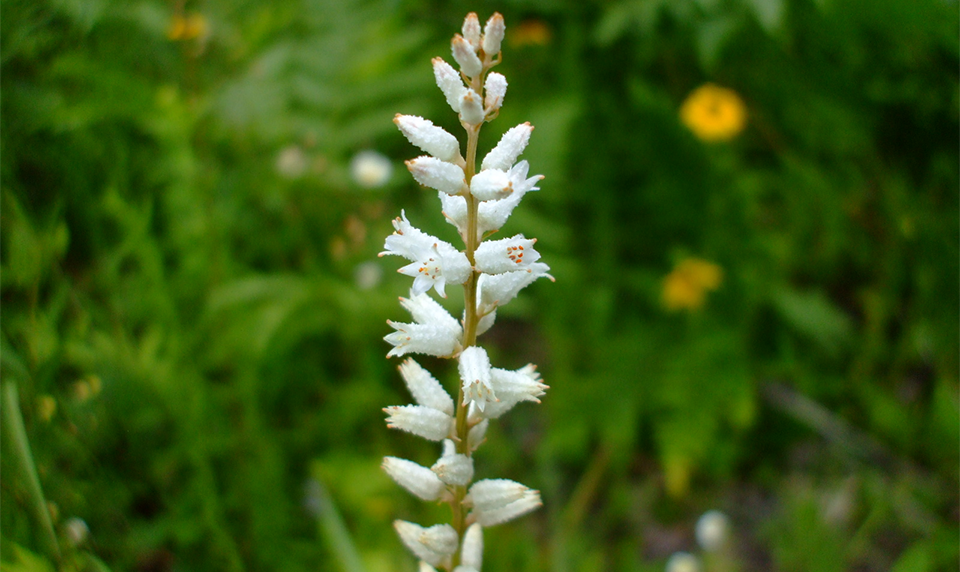 Perennial growing to 3 ft (1 m). Has a flowering stem, smooth lance-shaped leaves, and white bell-shaped flowers that appear to be covered with frost.

Native to eastern North America, star grass grows mainly in swamps and wet sandy woodland, especially near the seashore. It is harvested commercially in Virginia, Tennessee, and North Carolina.

Star grass contains steroidal saponins based on diosgenin, as well as a bitter principle, volatile oil, and a resin.

It is difficult to gain a clear picture of star grass’s medicinal value. Due to its estrogenic action, it is employed chiefly for gynecological problems, particularly at menopause. It is also given for period pain and irregular periods. Some authorities hold that it prevents threatened miscarriage. Star grass is also a good digestive herb, proving beneficial in treating loss of appetite, indigestion, flatulence, and bloating.

Use only under professional supervision. The dried, and especially the fresh, rhizome can be toxic when taken in overdose, causing colic, diarrhea, and vomiting.