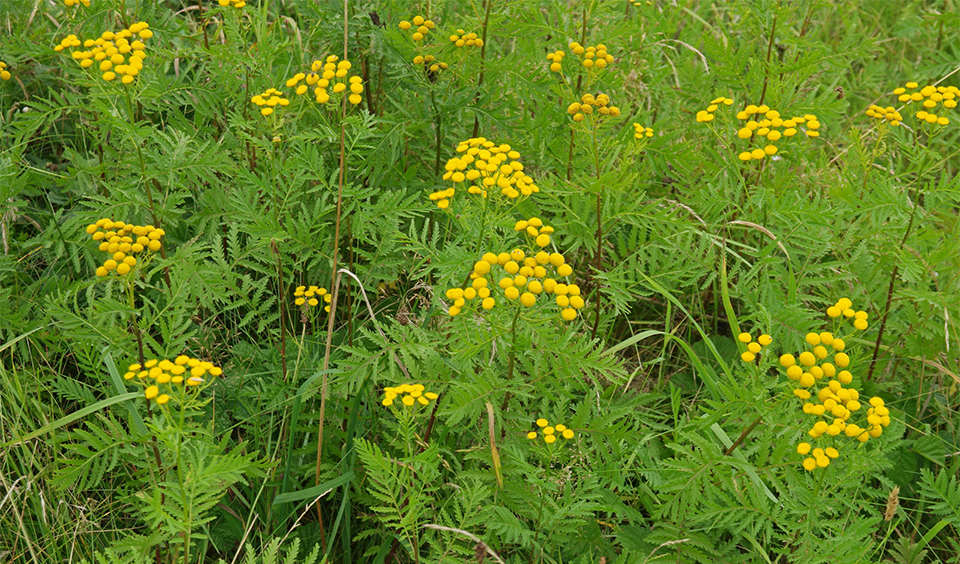 Found throughout temperate zones in the northern hemisphere, tansy grows in open areas, alongside roads, and close to water. The flowering tops are collected as the flowers open in summer.

While it is not mentioned in surviving classical texts, tansy was described by medieval herbalists, notably St. Hildegard of Bingen (12th century). Ever since that time, tansy has been used most commonly as a worm-expelling plant. In England, tansy puddings were consumed during Lent.

Tansy is little used today because of its potential toxicity. When the plant is taken, it is chiefly in order to expel intestinal worms, and, to a lesser degree, to help stimulate menstrual bleeding. Tansy may be used externally to kill scabies, fleas, and lice, but even external application of tansy preparations carries the risk of toxicity.

Use only under professional supervision. Tansy is possibly unsafe for internal and external use, and should never be taken during pregnancy. The plant, and especially its essential oil, are subject to legal restrictions in some countries.