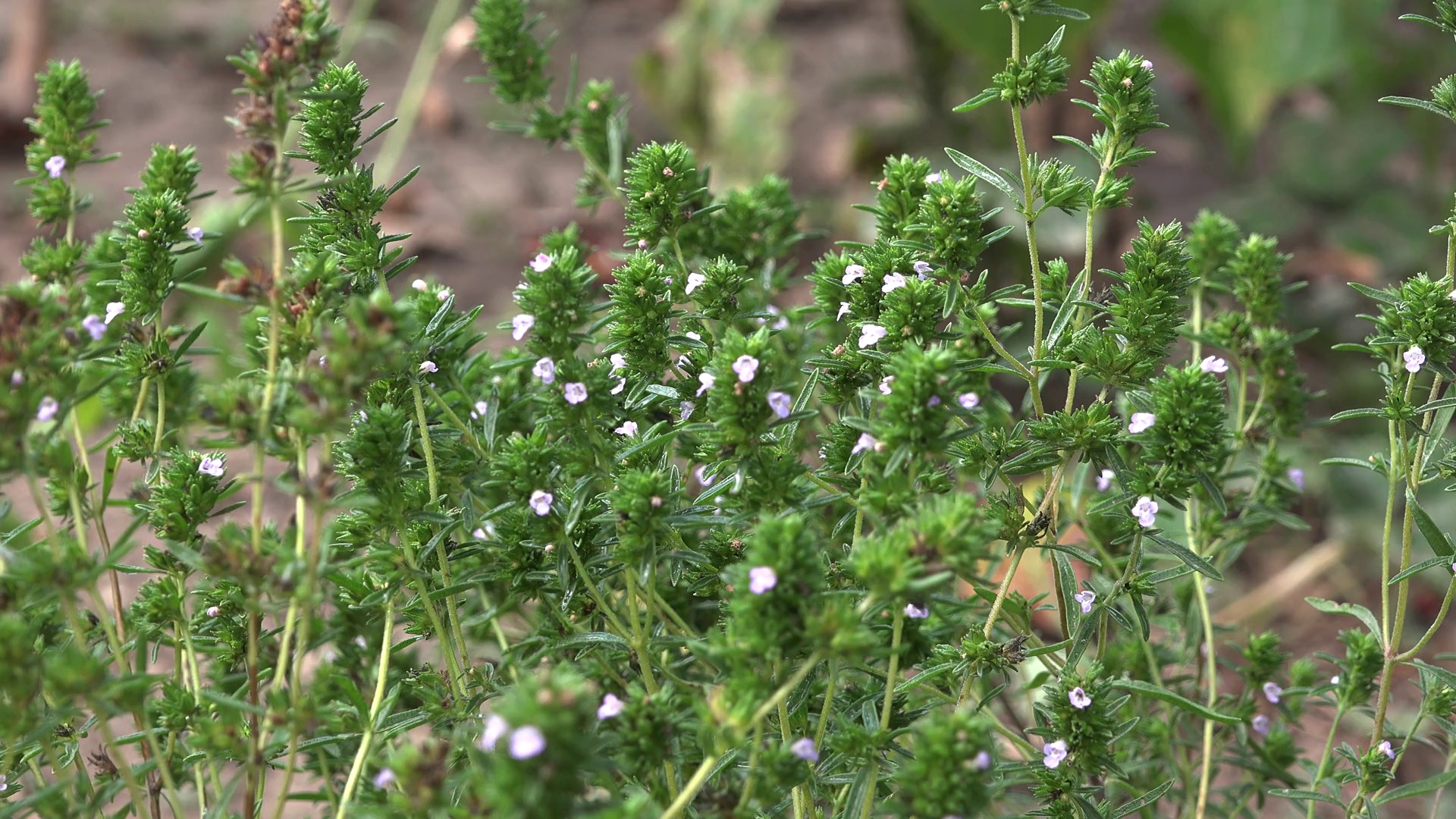 Thyme was praised by the herbalist Nicholas Culpeper (1616–1654) as “a notable strengthener of the lungs, as notable a one as grows; neither is there a better remedy growing for that disease in children which they commonly call chin-cough [whooping cough].” Thyme is an excellent antiseptic and tonic, and today it is still used as a respiratory remedy, as well as being important for a variety of other ailments.

Thyme is a cultivated variety of the wild thyme (T. serpyllum) of southern Europe and is now grown worldwide. It is raised from seed or by root division in spring and prefers light, chalky soils. The aerial parts are harvested in summer.

There are many Thymus species, each with a different volatile oil content. Wild thyme (T. serpyllum) is often used in the same way as thyme.

Volatile oil: Thyme’s volatile oil is strongly antiseptic—the constituent thymol, in particular, is a most effective antifungal. The oil is also expectorant and it expels worms.

Anti-aging: Research in the 1990s in Scotland suggests that thyme and its volatile oil have a markedly tonic effect, supporting the body’s normal function and countering the effects of aging. More recent research indicates that thyme is strongly anti-oxidant and may help maintain higher levels of essential fatty acids within the brain.

Menstrual pain: Many compounds within thyme relieve muscle cramps. A 2014 Iranian clinical trial compared the ability of thyme and ibuprofen to relieve period pains. The findings showed both treatments to be effective.

Infections: The antiseptic and tonic properties of thyme make it a useful tonic for the immune system in chronic, especially fungal, infections, as well as an effective remedy for throat and chest infections.

Asthma & hay fever: Thyme is prescribed with other herbs for asthma, especially in children. Its invigorating qualities balance the sedative effect of many herbs used for asthma. Thyme is also helpful in hay fever.

Worms: Thyme is often used to treat worms in children.

External uses: Applied to the skin, thyme relieves bites and stings, and is used for sciatica and rheumatic pains. It helps ringworm, athlete’s foot, thrush, and other fungal infections, as well as scabies and lice. Thyme infusion and diluted oil are also massaged into the scalp to encourage hair growth and reverse hair loss.