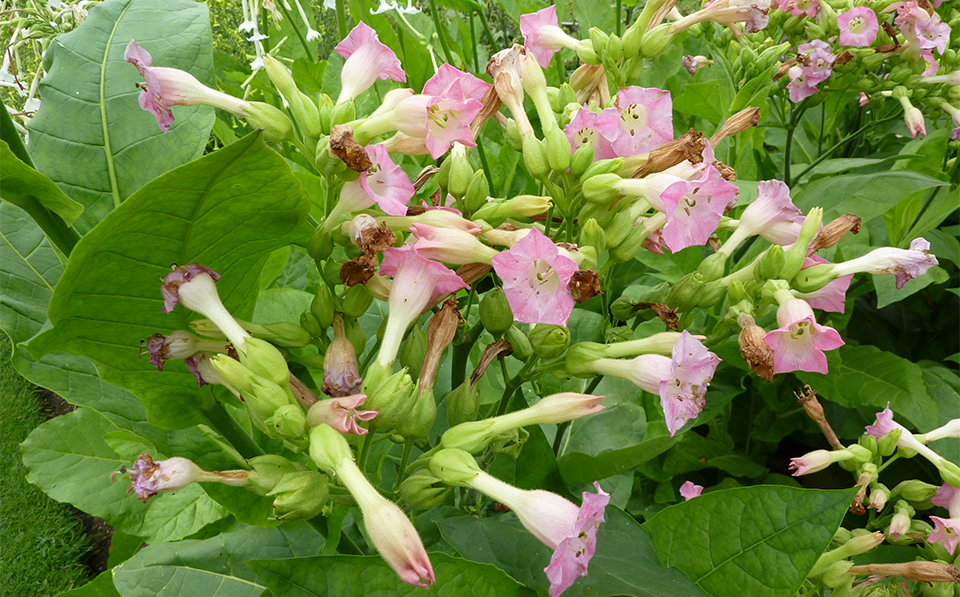 Annual or biennial plant growing to 3 ft (1 m). Has an erect stem, large oval leaves, and pink or white flowers.

Tobacco is native to tropical America. It is now grown worldwide, chiefly for smoking tobacco but also as the source of an insecticide. Leaves for smoking are gathered, dried, and cured.

Even in 17th-century England, opinions on smoking were sharply divided. King James I unsuccessfully tried to ban “a custome loathsome to the eye, hatefull to the nose, harmfull to the braine [and] dangerous to the lungs.” In Central America, tobacco was prescribed by the Maya as a treatment for asthma, convulsions, and skin disease. Tobacco has been used as part of rituals in many Native American cultures.

Tobacco is no longer used medicinally. The dried leaves make a good insecticide, but external application should be avoided as nicotine is readily absorbed through the skin.

Tobacco should not be taken in any form.