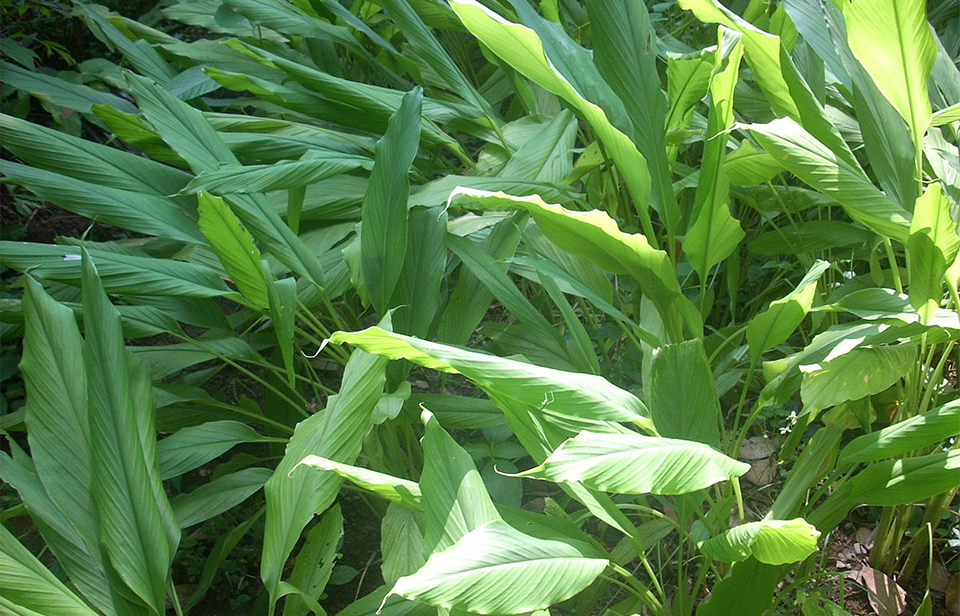 Although best known for its bright yellow color and spicy taste in Indian food, turmeric is increasingly recognized as a medicinal food with almost unparalleled health benefits. Its powerful anti-inflammatory action makes turmeric a key remedy in many chronic health problems, including allergies, arthritis, diabetes, and psoriasis, where long-term inflammation is usually a major underlying factor.

Turmeric is native to India and southern Asia and is now cultivated throughout the tropics. It is propagated by cuttings from the root, and needs well-drained soil and a humid climate. The rhizome is unearthed in winter.

New interest in turmeric: Despite its long-standing use in India and China, the therapeutic actions of turmeric were not researched until recent decades when there was an upsurge of interest in foods and medicines that lower cholesterol levels or have antioxidant properties (neutralize harmful free radicals). Research from the 1970s onward, mostly in India, has tended to confirm traditional uses of the root.

Anti-inflammatory: Research has established that turmeric, and curcumin in particular, blocks several different inflammatory pathways, countering inflammation throughout the body. Turmeric is largely taken as a supplement to prevent or treat cancer, dementia, and many autoimmune diseases. Black pepper is traditionally taken with turmeric to augment its efficacy. This effect is now supported by research.

Curcumin: When applied to the skin and exposed to sunlight, turmeric is strongly antibacterial. Curcumin is the constituent responsible for this action. Curcumin is also more strongly antioxidant than vitamin E.

Cancer: Turmeric may be a valuable preventative remedy for those at risk of developing cancer, but more research is needed.

Other actions: Research has shown that turmeric has an anticoagulant action, keeping the blood thin. It also increases bile production and flow, and has a protective action on the stomach and liver.

Traditional remedy: Turmeric improves the action of the liver and is a traditional remedy for jaundice in both Ayurvedic and Chinese herbal medicine. It is also an ancient herb for digestive problems such as gastritis and acidity, helping to increase mucus production and protect the stomach. The herb also alleviates nausea.

Arthritis & allergies Even though turmeric does not relieve pain, its anti-inflammatory action makes it useful for arthritis and other inflammatory conditions such as asthma and eczema.

Circulatory disorders: Due to its anti-inflammatory, blood-thinning, and cholesterol-lowering properties, turmeric is now used to reduce the risk of strokes and heart attacks.

Skin conditions: Applied to the skin, turmeric is useful in treating a number of conditions, including psoriasis, and fungal infections such as athlete’s foot.