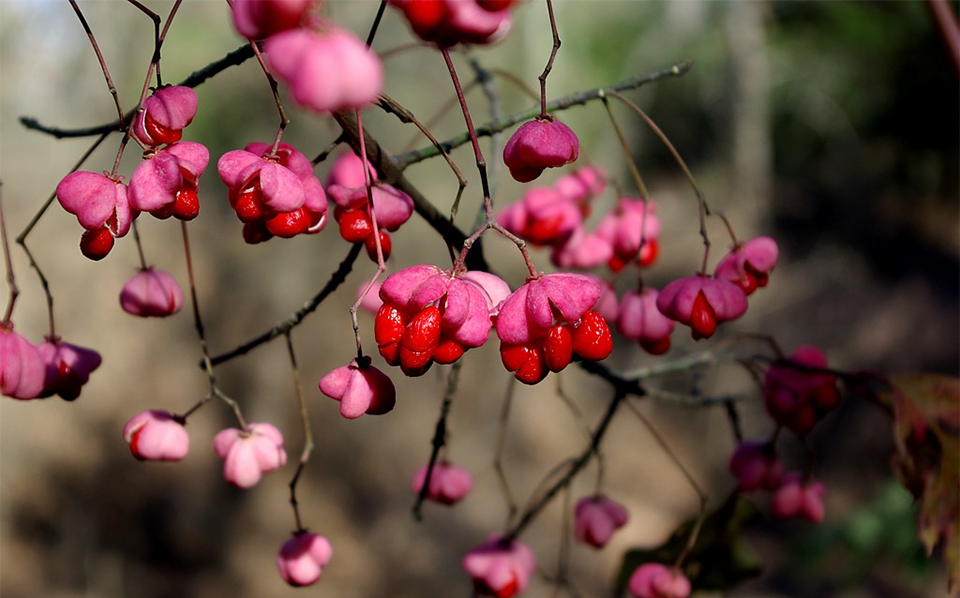 Native to eastern North America, wahoo bark thrives in damp woods and close to water. The bark is gathered in autumn.

The Sioux, Cree, and other Native American peoples used wahoo bark in various ways, for example as an eye lotion, as a poultice for facial sores, and for gynecological conditions. Native Americans introduced the plant to early European settlers, and it became very popular in North America as well as in Britain in the 19th century.

Wahoo bark is considered a gallbladder remedy with laxative and diuretic properties. It is prescribed for biliousness and liver problems, as well as for skin conditions such as eczema (which may result from poor liver and gallbladder function) and for constipation. In the past, it was often used in combination with herbs such as gentian (Gentiana lutea) as a fever remedy, especially if the liver was under stress. Following the discovery that it contains cardiac glycosides, wahoo bark has been given for heart conditions.

Wahoo bark is toxic. Use only under professional supervision. Do not take during pregnancy or while breastfeeding.