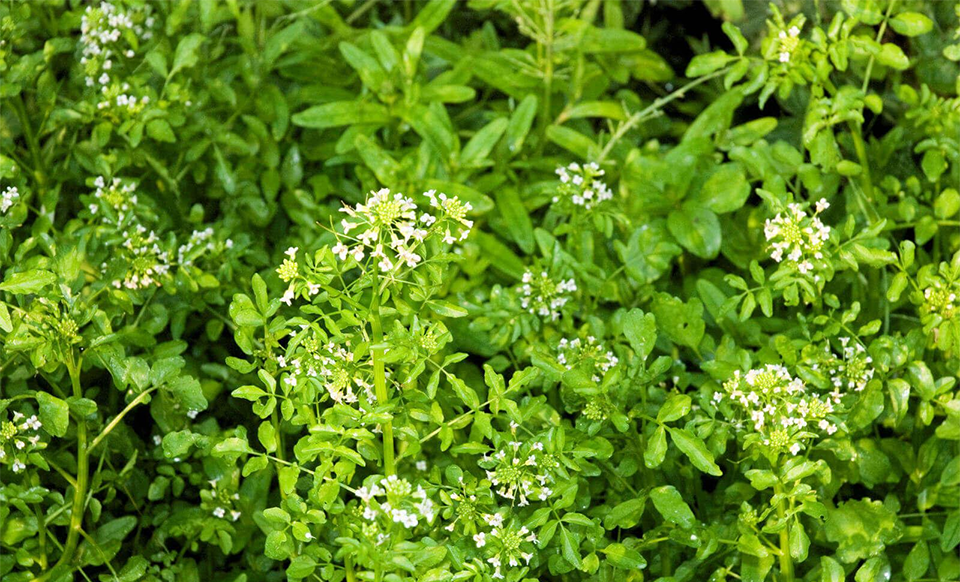 Found in temperate regions throughout the world, watercress thrives alongside or in fresh running water. While commonly found in the wild, it is also widely cultivated as a salad herb. Watercress is best gathered before it flowers in summer.

Watercress contains isothiocyanates and is rich in vitamins A, B1, B2, C, and E, and minerals (especially iodine, iron, and phosphorus). Allyl isothiocyanate has broad-spectrum antibiotic activity. Research in the 1960s suggested that watercress might have anti-tumor activity.

Watercress has long been valued as a food and medicinal plant. Xenophon, a Greek general in the 5th century BCE, attributed other virtues to it, recommending the Persians to feed it to their children to build up their strength. In European folk medicine, watercress has primarily been considered a “blood-cleanser,” and was used in former times as a spring tonic.