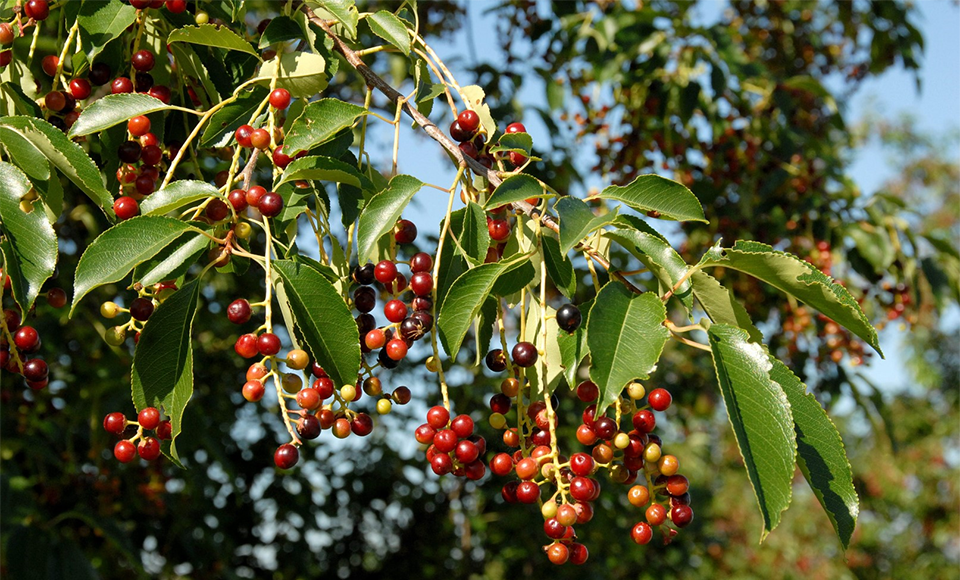 Native to North America, wild cherry grows throughout much of the U.S. It is cultivated in central Europe for its timber. The bark is collected in late summer and early autumn.

Cherokee women traditionally took wild cherry bark to ease labor pain. Other Native Americans used it in the treatment of coughs and colds, hemorrhoids, and diarrhea. European settlers learned of the bark’s medicinal properties, and in the 19th century it became a widely used remedy.

Figuring in official pharmacopoeias and much used in the Anglo-American tradition, wild cherry bark is an effective remedy for chronic dry and irritable coughs. It combines well with coltsfoot (Tussilago farfara) as a treatment for asthma and whooping cough. The astringent bark also helps treat indigestion and the symptoms of irritable bowel syndrome, especially when these conditions are of nervous origin.