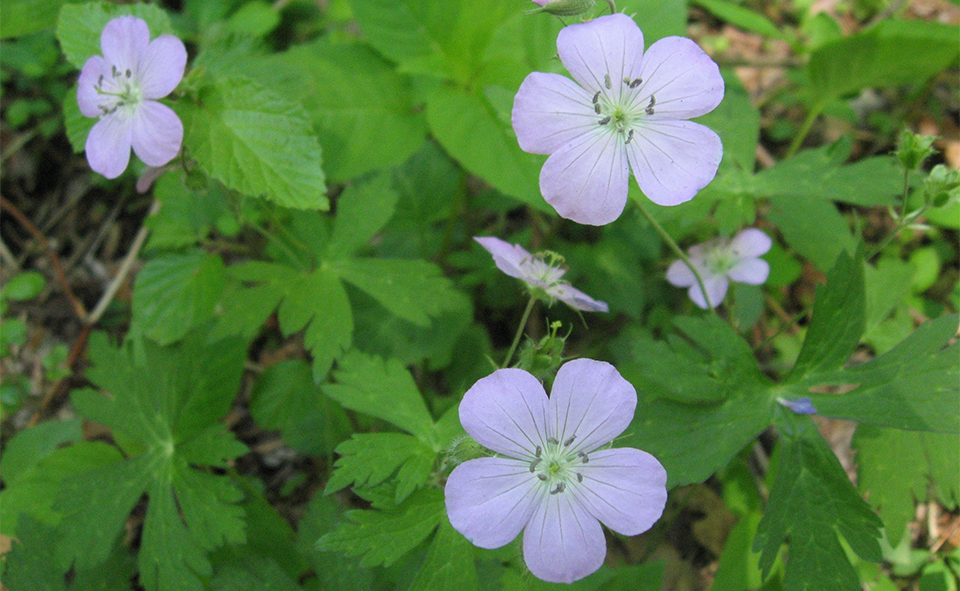 Native to woodlands of eastern and central North America, the root is dug up in early spring, and the aerial parts are gathered in summer.

Wild geranium contains up to 30% tannins.

An astringent and clotting agent, wild geranium is used today much as in earlier times. The herb is often prescribed for irritable bowel syndrome and hemorrhoids, and it is used to staunch wounds. It may also be used to treat heavy menstrual bleeding and excessive vaginal discharge.

Wild geranium should only be taken for a few weeks at a time.