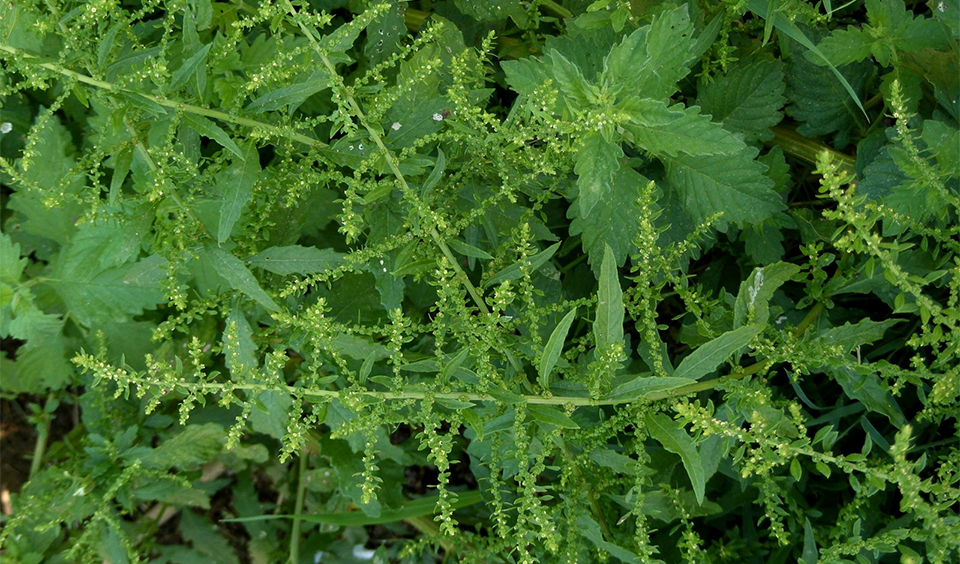 Wormseed is native to Central and South America and the Caribbean. It has been extensively cultivated in Maryland, and in China.

Wormseed contains a volatile oil (up to 90% ascaridol, plus geraniol and methyl salicylate), and triterpenoid saponins. Ascaridol is a powerful worm expellent.

An herbal remedy that has been used for centuries, wormseed was used by the Maya in Central America to expel worms. In the eastern U.S., European settlers employed it for the treatment of worms, especially in children. The Catawba made a poultice from the plant, which they used to detoxify snake bite and other poisonings.

Wormseed is principally known for its ability to expel worms, especially roundworm and hookworm. It is also used in the Americas as a digestive remedy, the leaves being taken to settle colic and stomach pains. Wormseed’s muscle-relaxing action has led to its use in the treatment of spasmodic coughs and asthma. Externally, juice expressed from the whole herb is applied as a wash for hemorrhoids.

Many species of Chenopodium are used as foods, and some medicinally. The seeds of C. rhadinostachyum are used as food by Aborigines in central Australia. Good King Henry (C. bonus-henricus), a species that is native to Europe, is both eaten as a vegetable and used medicinally to treat anemia.

Use only under professional supervision. Wormseed is toxic when taken in overdose. Do not take during pregnancy. The herb is subject to legal restrictions in some countries.