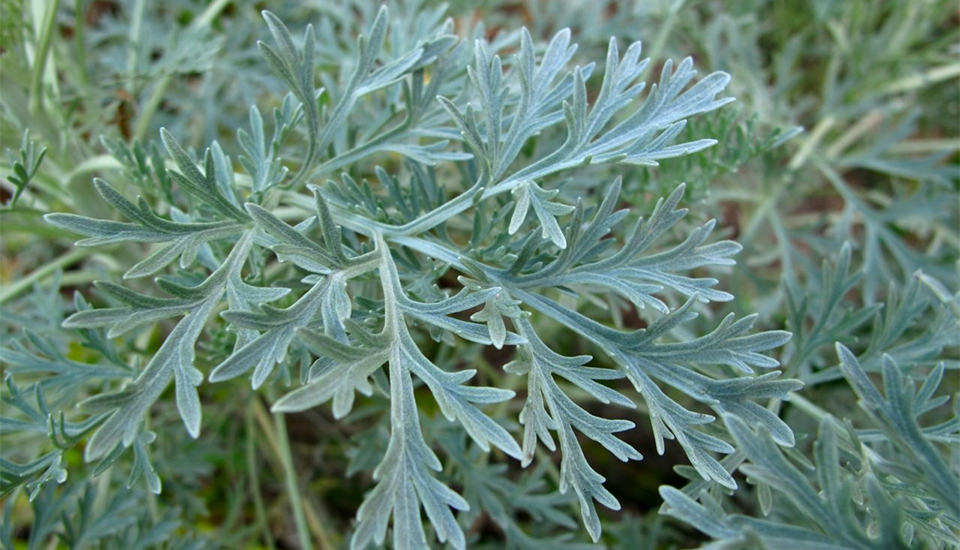 One of the truly bitter plants—absinthium means “without sweetness”—wormwood has a strong tonic effect on the digestive system, especially on the stomach and gallbladder. It is taken in small doses and sipped, the intensely bitter taste playing an important part in its therapeutic effect. In the past, wormwood was one of the main flavorings of vermouth (whose name derives from the German for wormwood).

Wormwood is a wayside plant, native to Europe. It now grows wild in central Asia and in eastern parts of the U.S. It is also cultivated in temperate regions worldwide. Wormwood is propagated from seed in spring or by dividing the roots in autumn. The aerial parts are harvested in late summer.

Artemisia species with a medicinal use include A. abrotanum; A. annua; A. anomala; A. capillaris and A. cina; A. vulgaris and A. dracunculus.

Bitter herb: Research into wormwood, mostly during the 1970s, has established that a range of the constituents within the plant contributes to its medicinal activity. Many are very bitter, affecting the bitter taste receptors on the tongue which sets off a reflex action, stimulating stomach and other digestive secretions.

Gut inflammation: A German clinical trial in 2007 found that wormwood helped in treating Crohn’s disease (an inflammatory bowel disorder). Wormwood prevented the return of symptoms in 90% of those taking it, and reduced required dosage of powerful steroid drugs taken to control inflammation. Patients also experienced lower levels of depression.

Other research: Constituents within wormwood, notably the essential oil, are thought to have wide-ranging therapeutic effects, including neuroprotective, antidepressant, antibacterial, antifungal, and antimalarial activity.

Absinthe: Wormwood is the source of absinthe, an addictive drink favored in 19th-century France. Flavored with wormwood essential oil, absinthe was toxic due to its high level of thujone. This is a nerve stimulant that is safe at low dosage but is toxic in excess.

Digestive stimulant: Wormwood is an extremely useful medicine for those with weak and underactive digestion. It increases stomach acid and bile production and therefore improves digestion and the absorption of nutrients, making it helpful for many conditions, including anemia. Wormwood also eases gas and bloating and, if the tincture is taken regularly, it slowly strengthens digestion and helps the body return to full vitality and wellness after a prolonged illness.

Worms: Wormwood is commonly used by herbalists and naturopaths to treat parasitic infections of the gut, such as worm infestation, amebic dysentery, and Shigella infection.

Other uses: The anti-inflammatory action of wormwood makes it useful for infections, and it has occasionally been given as an antidepressant.