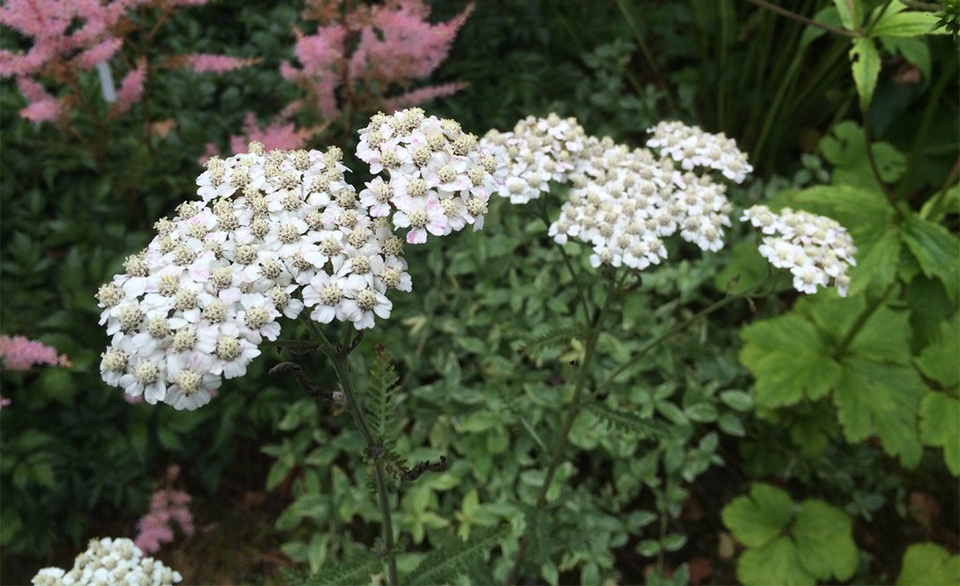 Yarrow is a native European plant, with a long history as a wound healer. In classical times, it was known as herba militaris, being used to staunch war wounds. It has long been taken as a strengthening bitter tonic, and all kinds of bitter drinks have been made from it. Yarrow helps recovery from colds and flu and is beneficial for hay fever. It is also helpful for menstrual problems and circulatory disorders.

Native to Europe and western Asia, yarrow can be found growing wild in temperate regions throughout the world, in meadows and along roadsides. The herb spreads via its roots, and the aerial parts are picked in summer when in flower.

Despite its many uses and similarity to German chamomile (Chamomilla recutita), yarrow has been poorly researched. The herb and its volatile oil have been shown to be anti-inflammatory; the azulenes are also antiallergenic. The sesquiterpene lactones are bitter and have antitumor activity. Achilleine and the flavonoids help arrest internal and external bleeding; the flavonoids may be responsible for yarrow’s antispasmodic action. Laboratory studies indicate that yarrow dilates blood vessels, thereby lowering blood pressure. It works, in part, like conventional medicines known as ACE inhibitors, which are commonly prescribed for high blood pressure.