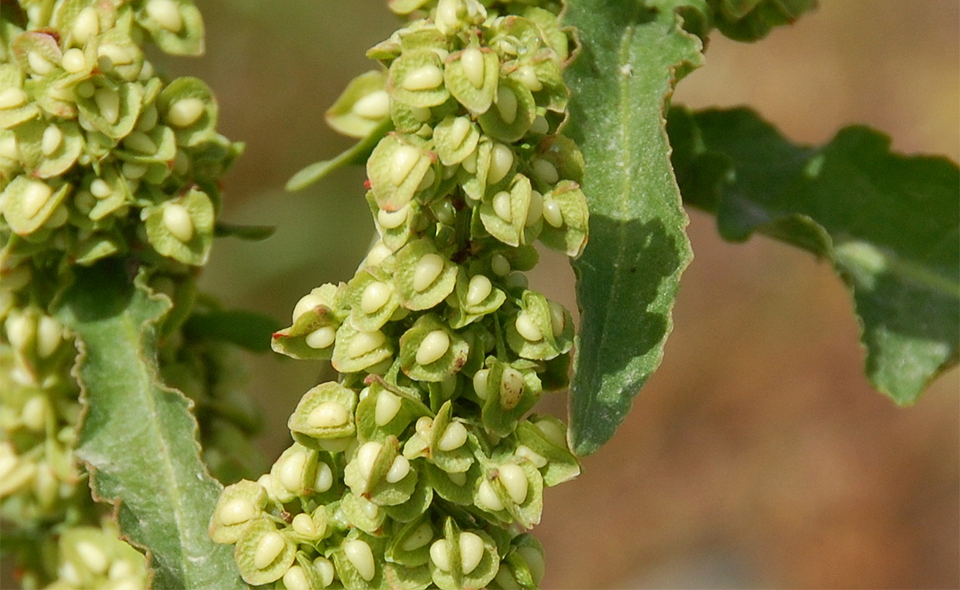 Perennial, growing to 3 ft (1 m), with lance-shaped leaves and many small green flowers arranged in whorls on the upper part of the stem.

A common wayside plant in many regions of the world, yellow dock thrives in ditches, on verges and in open areas, and barely needs cultivation. The roots are dug up in autumn, chopped, and dried.

Though a valuable herb, yellow dock is not often used on its own, being combined with other alternative herbs such as burdock root (Arctium lappa) and dandelion root (Taraxacum officinale) for long-term toxic conditions. Its gentle laxative action makes it a valuable remedy for constipation, particularly when combined with changes to the diet such as increased bulk and fiber.

By stimulating large intestine function, the feces are eliminated more efficiently, with reduced re-absorption of waste products, a form of toxicity that tends to occur in a poorly functioning colon. Yellow dock is also thought to improve the flow of bile, which further contributes to its detoxifying activity. It is also typically taken for skin conditions such as acne, eczema, and fungal infections, and for arthritic problems.

The anthraquinones are purgative and laxative (see Cassia senna), but this activity is tempered by the tannins, which counter the irritant effect of the anthraquinones within the gut. The presence of oxalates suggests that yellow dock is best avoided in gout and kidney stones. The leaf has high levels of oxalates, and poisoning and death have resulted from eating the leaves as a salad vegetable.

Avoid during pregnancy and while breastfeeding.